Warning: mysqli_query(): (HY000/1030): Got error 28 from storage engine in C:\inetpub\vhosts\eaststirlingshirefc.co.uk\httpdocs\wp-includes\wp-db.php on line 1924
 May 2019 - East Stirlingshire FC
Skip to content

The 1st Cup Draw for next season was made last night. This was for the major senior non-league competition for teams in the Scottish Lowland Football League, East of Scotland League and South of Scotland League.

For the 2nd season running Shire have received a Bye in the 1st Round in the SFA South Region Challenge Cup.

In the 2nd Round we have been drawn away to play Dumfries Club, Lochar Thistle, from the South of Scotland League. This will be our 1st ever match against Lochar Thistle and will also be our 1st match in Dumfries for 25 years. The date of the tie is still to be confirmed.

Derek Ure is delighted that Jamie has agreed to re-sign for next season. Jaime became an ever present in the Shire midfield towards the end of the season after joining from Albion Rovers. Jaime played through some painful injuries in the last few games and his competitive mentality and desire impressed Derek.

Jamie is a Lowland League winner with The Spartans and has played over 150 matches for the Edinburgh club. Derek Ure was delighted that much sought after Jamie has signed up for the campaign ahead.

Welcome to the Shire Jamie.

Last night was, as always,  the hardest night of the season as we say thank you and goodbye to players. The club wishes everyone all the best for the future and thanks each player for their commitment over the last season.

Having arranged, confirmed and announced the friendly Brighouse Town have now cancelled the match on Saturday 13th and arranged another !! The club are disappointed at this given everything was in place and no notice given. Very unprofessional given we turned other matches down to accept Brighouse Town.

The good news is we will announce new opposition for Saturday 13th very soon as we are in discussions with other opposition.

The club apologies but this was completely out with our control.

The team will be based in Wakefield for this tour.

Shire have tonight confirmed that we have added another Pre-Season Friendly to our preparations for the coming season.

We will travel to West Lothian on 29th June to meet East of Scotland Premier Division club Blackburn United at New Murryfield Park, Blackburn. The match will have a 2pm kick off.

John has very kindly donated his £150 prize back to the club.

In addition to the 3 Pre-Season fixtures we have already announced, Shire are very happy to confirm that we will meet our near neighbours in Friendly action at Camuirs Park on Tuesday 9th July with a 7.15pm kick-off. 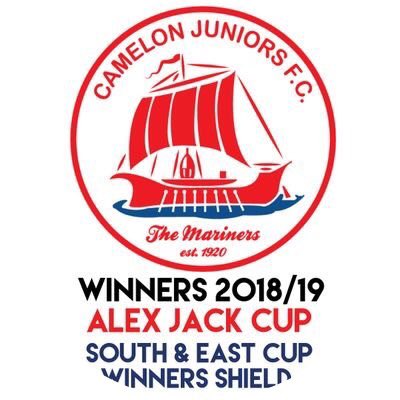 A massive thanks goes to club Captain Jamie Barclay, Manager Del Ure and Chairman Bill Sharp who were all on hand last night as our club recognised Andy Williamson for all his efforts over the last eight years in the Shire dugout.

Its supporters like Andy that make the Shire the club that it is. The great news is that the passion and determination Andy brought to the dressing room and dugout will now be transferred to the boardroom to assist the club in gaining promotion back into the SPFL.

The club are looking forward to working with you again next season.

The club would like to thank everyone who attended yesterday’s Lowland League Final. You all were magnificent and the support you gave the boys was fantastic. From the Board, Management & Players Thank you all.

Good news is next season is not far away and there will be plenty of updates over the coming weeks as the plans come together.


Warning: mysqli_query(): (HY000/1030): Got error 28 from storage engine in C:\inetpub\vhosts\eaststirlingshirefc.co.uk\httpdocs\wp-includes\wp-db.php on line 1924

Warning: mysqli_query(): (HY000/1030): Got error 28 from storage engine in C:\inetpub\vhosts\eaststirlingshirefc.co.uk\httpdocs\wp-includes\wp-db.php on line 1924

Warning: mysqli_query(): (HY000/1030): Got error 28 from storage engine in C:\inetpub\vhosts\eaststirlingshirefc.co.uk\httpdocs\wp-includes\wp-db.php on line 1924